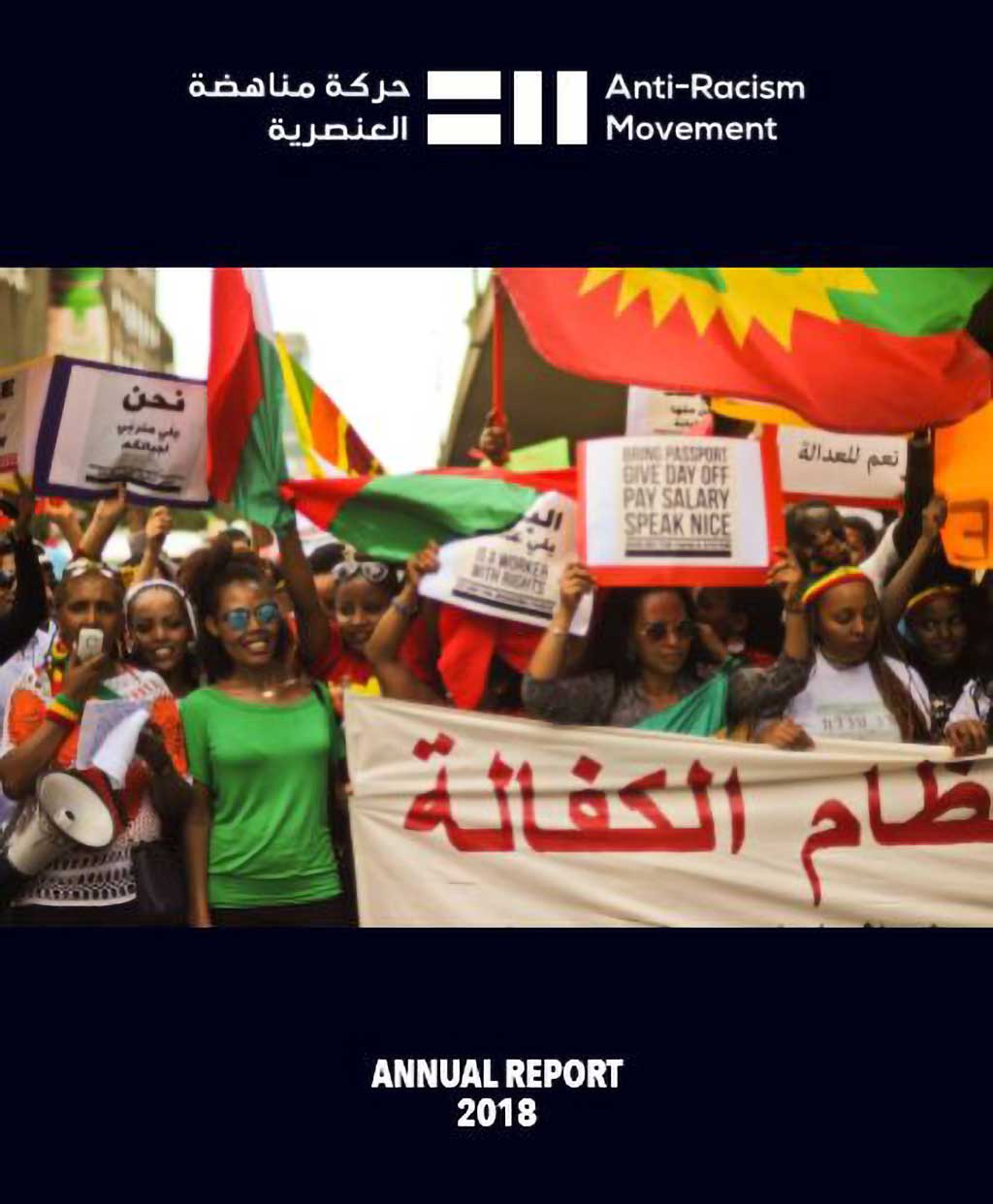 For many of the 300,000 people whose lives and work are governed by the kafala (tr. sponsorship) system in Lebanon, life is a constant state of emergency. This is especially true for migrant women without papers. A migrant domestic worker is criminalized if she leaves an abusive or exploitative employer. She loses her residency status and her work permit, in addition to her income and a place to stay, and often faces further harassment and exploitation because of her undocumented status. She can be detained at any time by General Security or the police, reported inaccurately for theft by her employer, and deported. If she wants to return to her country, she might have to pay the penalty fees for overstaying her visa herself, and could wait months or years for any embassy support. In contrast, her employer, recruitment agency, and state authorities rarely face any consequences, even when they have abused her. And when she leaves, the cycle repeats: another worker, almost certainly, will fill her place.

It is in this environment that the Anti-Racism Movement was founded, to embolden the communities that are building a different reality and create space for actionable solidarity. For the past 8 years, we have also lived in this state of emergency every day. It is hard to remember a week without a crisis.

We formally started a casework team in 2017. In 2018, we documented and addressed over 400 cases of labor exploitation, violence, abuse, detention, deportation, medical needs, mental health crises, needs for shelter, racial and gendered harassment, and refugee claims. We never once needed to broadly publicized our casework. Almost every migrant worker has faced some problem, as a result of the structural violence of this system.

In 2018, a few of these cases reached the media: Shamila, a Kenyan woman who was detained, charged in military court, and deported after being the victim of a vicious mob attack. Lembibo, an Ethiopian woman found dead in the swimming pool of her recruitment agency’s owner, after giving birth to a baby who immediately died from birth defects. Qorchi, a Sudanese father who faced incredible racism when he tried to enroll his son in daycare. Lensa, the Ethiopian woman who was returned to the employer who abused her, after she jumped from the balcony trying to escape.

However, the majority of people will never be named: The Ethiopian woman, locked away and unpaid for 20+ years, who didn’t recognize her little brother’s voice on the phone when MCC finally connected them. Two major cases of abuse from employers, both within walking distance of one of our centers, reported within 4 days of each other. Dying migrant workers refused entry to the emergency room, because they didn’t have residency permits. Countless requests for shelter.

Our moments of victory also often remain unshared: The picture of a Cameroonian MCC member, reunited with her mother after we supported her in negotiating with her kafeel to buy her ticket home. H, an Ethiopian MCC member who wants to start her own center for returnee migrants back in Addis Ababa, after working with the cases team on her own medical challenges. The struggle to stop the deportation of 3 Sudanese-Ethiopian refugee families, and the subsequent release of 35 refugees and asylum seekers from prolonged administrative detention. The migrant-worker led groups that partner with MCC to build networks of mutual aid, casework, support, and advocacy.

But our casework cannot be reduced to the numbers, nor to the thousand moments of defeat and hundred moments of victory.

What we learned through this past year of casework, is that we are not only fighting to abolish the kafala system and to put a bandaid on a few of its infinite injustices. We are not only advocating for a just immigration and residency system, and basic rights for migrant workers, refugees, and everyone in Lebanon. We are also disrupting a status quo system of aid and victimhood that poisons our ability to organize and practice solidarity. We are pushing back against an environment that positions migrant workers – at best – as beneficiaries of aid, in need of “our help,” with little to contribute besides their labor and testimonies of suffering. We seek to create, day by day, a different way of living with one another.

The kafala system silences migrant workers’ power and leadership. The endless violations make it difficult to think and act proactively, when we are constantly reacting, minimizing pain, and fighting for survival. But we cannot possibly abolish the kafala system if we don’t abolish these dynamics within ourselves and our communities.

This is our true labor, often hidden and unquantifiable. It is just as much a part of ARM’s casework as getting people access to an affordable doctor, a lawyer, or information about birth registration, just as much about building community as workshops, classes, and protests. At ARM, we deal with life and death every day. But in the face of kafala, of obscene abuse and violence, of patriarchy, of global capitalism, of state repression, of scarce funding, what’s most important is the how of our work: moving beyond service and need, to build relationships of collaboration, mutual aid, and partnership.

In 2018, we lived through unbelievable crises, but we also found care, joy, and deep, undeniable power. Thank you for supporting us throughout it all.