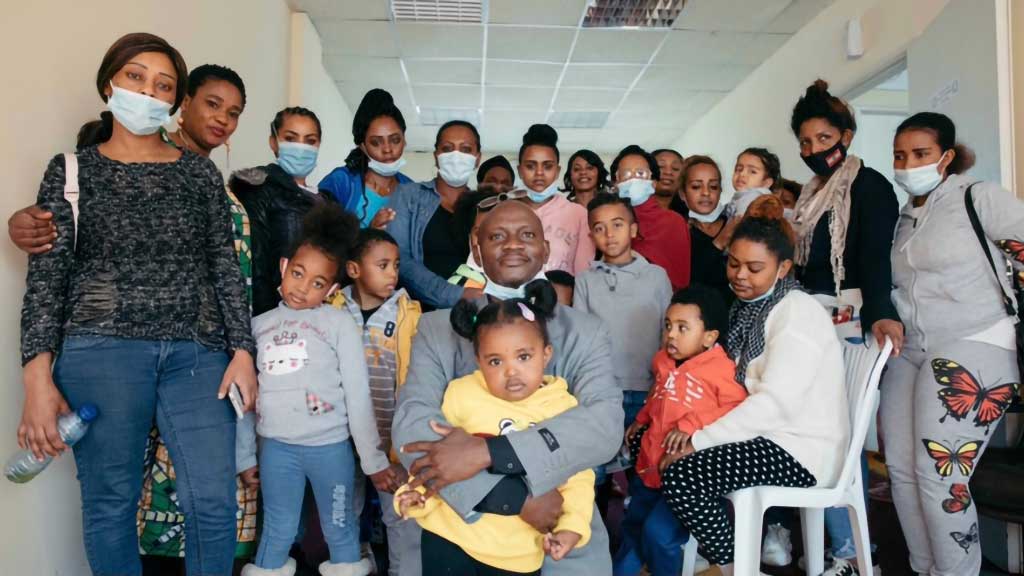 An article by Al Jazeera reported the severe impact of the economic crisis on migrant workers, emphasizing the sharp devaluation of the Lebanese pound and the decrease of salaries and remittances as a result. Former minister of labor Camille Abou Sleiman was quoted describing the mass evacuation of migrant workers as positive to decrease “draining of dollars” due to remittances sent to migrant workers’ countries.

IOM Reiterates Call to Vaccinate Migrants in All Countries [here]

IOM reiterated its readiness to support national vaccination plans around the world and called again on governments to vaccinate migrant workers regardless of their legal status. The Organization also released an infosheet of its response to COVID-19 since its outbreak including health education and services for migrant workers, and a summarized analysis of migrants’ access to the vaccine.

The International Organization for Migration (IOM) and Migration Policy Institute (MPI) released a report on the impact of the pandemic on global mobility. Among the results found, around 3 million people were stranded outside their home countries by mid July 2020, often without access to support from their consulates/embassies and at risk of becoming undocumented.

Amnesty International released its report on human rights in the Middle East and North Africa during 2020, and detailed abuses and violations against migrant workers and refugees in Lebanon. The report also emphasized violations under the Kafala system in the context of the pandemic such as unpaid wages, abandonment by employers, and subsequent risk of arrest or deportation due to becoming undocumented afterwards.

A report by Al Jazeera covered the exclusion of migrant workers and refugees from the national vaccination plan despite earlier statements by officials promising that everyone in the country would receive the vaccine in an equitable manner.

Highlighted points included the lack of information communicated about eligibility of documented refugees and migrants to receive the vaccine, as well as information on how to register on the Impact platform.

The head of health education at the ministry of public health was interviewed and stated that refugees and migrants are not deprived from receiving the vaccine if they are eligible to register.

Note: We did not include the news of the bag found on Saturday due to updates from the internal security forces today saying the nationality has not been confirmed and that media outlets reported it as a guess and not based on accurate information.