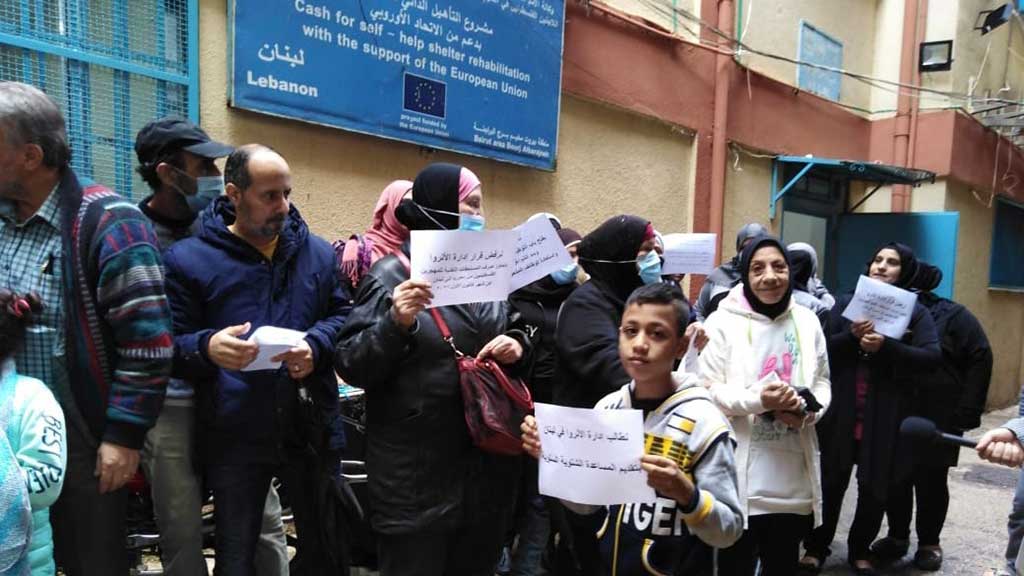 The Commissioner-General of the UN Relief and Works Agency for Palestine Refugees (UNRWA) addressed the severe impact of funding cuts on Palestinian refugees including those in Lebanon, and stated that the agency can no longer provide support for more people.

Syrian-Palestinians residing in Burj al Barajneh camp protested on Thursday December 23 against UNRWA’s decision to stop cash assistance, following the agency’s recent announcement on December 15 that it would stop the monthly rent support of $100 for Syrian-Palestinians starting January 1, 2022.

The Housing Monitor published its periodic report for the period between September and November 2021, which documents the calls received from tenants of different nationalities and different legal statuses (and consequently different rental agreements that are often only verbal due to lack of valid papers).

Many callers were migrants from Cameroon, Ethiopia, and Sri Lanka as well as Syrian and Palestinian refugees. The calls entailed unpaid rent accumulated over months given the inability of tenants to pay under the ongoing crisis and scarcity of job opportunities for non-Lebanese residents, in addition to the rising risk of eviction given the rising gap between wages and rents.

Minister of Labor Moustafa Bayram and the head of the National Commission of Lebanese Women Claudine Aoun discussed amending the Labor Law with representatives of the World Bank to ensure protection for working women, including adding an article on sexual harassment in the workplace.

Evidently, it was not mentioned if this article would apply to domestic workers nor if there was any intention to add domestic work in the Labor Law.

The United Nations High Commissioner for Refugees (UNHCR) posted on its Facebook page about fraudulent messages circulating on Facebook and targeting Syrian refugees to offer fake services for resettlement and vaccination in the name of UNHCR.