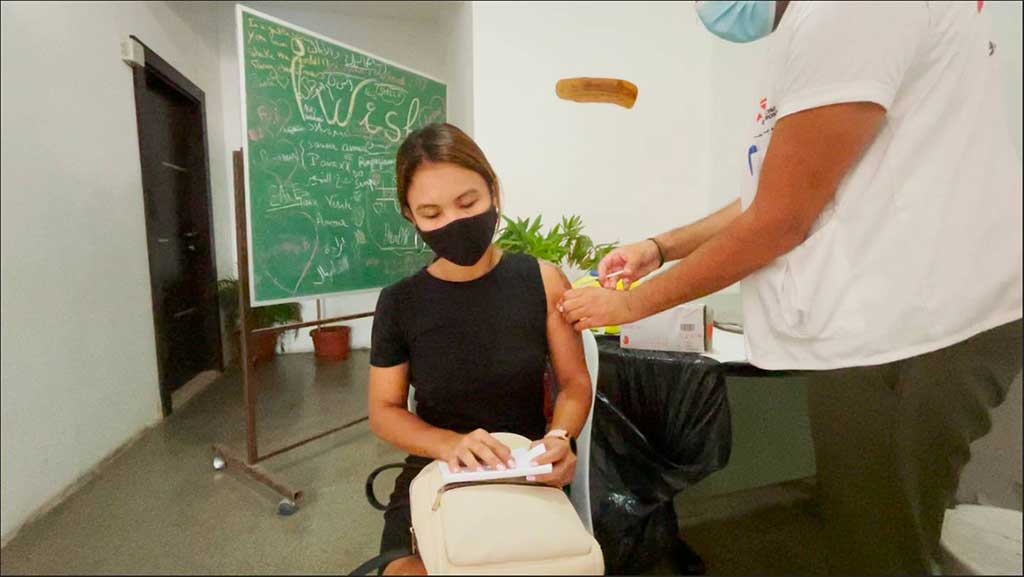 Filipina worker receiving the vaccine. Photo from The National

The Public Source published a report on Sudanese, Iraqi, Yemeni and Somali Refugees whose situation has often been neglected in the humanitarian sector and in the media.

This is reportedly due to shifting the focus and funding to Syrian refugees in Lebanon throughout the past 10 years, and the resulting complications of the Refugee Status Determination  (RSD) process at the United Nations High Commissioner for Refugees (UNHCR). The RSD process has different implications in terms of aid and procedure, depending on whether or not the person has been recognized as a refugee.

The following numbers were reported:

Lebanese residents of Kawkaba town gave a notice to all 900 Syrian residents to leave following an altercation, and warned landlords against not implementing this decision.

This comes in a context of regular similar decisions to evict all Syrians after a personal dispute.

An article by The National reported on the vaccination drive organized for migrant workers last week by Doctors Without Borders, the International Organization for Migration and the Ministry of Public Health; where migrants could receive the vaccine without necessarily possessing a valid identification document.

Migrants are reportedly being asked for valid identification in walk-in drives and regular appointments, even after it was unofficially communicated that this requirement was no longer a must and that any identification document would work regardless of status.

Another two-day vaccine drive for migrant workers will take place on September 22 and 23. Details will be announced soon.

ARM’s Programs Director was hosted on a podcast episode of Kvinna till Kvinna, a feminist funding organization, and discussed the challenges posed by the pandemic and many crises in Lebanon for organizing with migrant domestic workers.

Amnesty International released a new report detailing the failure of the Qatari state to investigate the deaths of thousands of migrant workers as well as the insufficient measures to protect them, following the wave of international pressure and campaigns for migrants’ rights ahead of World Cup 2022.

70% of documented deaths are yet to be explained, in the context where the government continuously attributes them to “natural causes”. According to figures by The Guardian, over 6,500 migrant workers died in Qatar over the past 10 years.