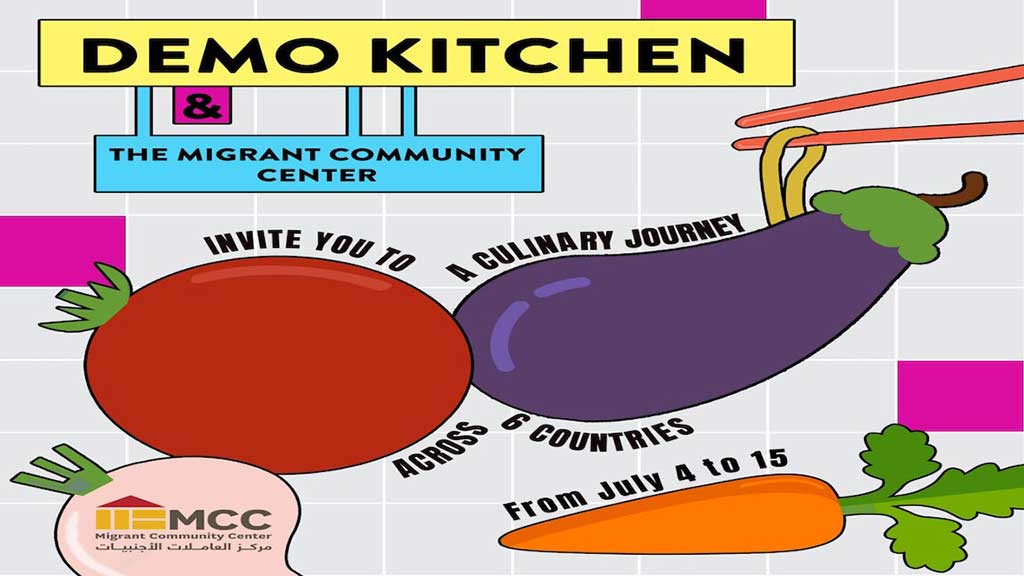 ARM’s Migrant Community Center (MCC) announced its reopening in July with new activities and programs, including a chef residency with Demo Bar in Gemmayze, Beirut. The residency is taking place from July 4-15 with food prepared by several MCC members from different countries. Tonight July 5 will feature Sierra Leonean cuisine by Mariam, and the other cuisines will be announced on the event page on Facebook.

A proposal was made by the Strong Lebanon bloc in the parliament to exclude non-Lebanese victims from financial compensations to be given by the state. This comes in contrast with the decision made by the head of the high relief committee on August 21, 2020 which stated that families of all victims would receive cash assistance, regardless of the victim’s nationality.

The General Directorate of the General Security announced in a statement that irregular migrant and foreign workers who wish to leave Lebanon must settle their legal status as of July 15.

The General Security (GS) published a breakdown of arrests, entry/exit, and work visas between mid May and mid June in the new issue of the GS magazine. Highlights included the following:

Legal Agenda published a review on the website “Makhdoumin” of the documentary with the same name by director Maher Abi Samra. The review included the changes that take place on the family and societal levels after a migrant domestic worker starts working, in addition to the changes in the job market during the civil war.

An article by Al Akhbar reported the exploitation of Lebanese domestic workers who are newly entering this job market, similarly to issues and abuse faced by migrant women due to the exclusion of domestic work from the labor law. The article emphasized the conditions that are leading Lebanese women to work as domestic workers including the deteriorating living conditions and the decrease in the number of migrant women, and concluded that there would be significant changes to the Kafala system in this context.