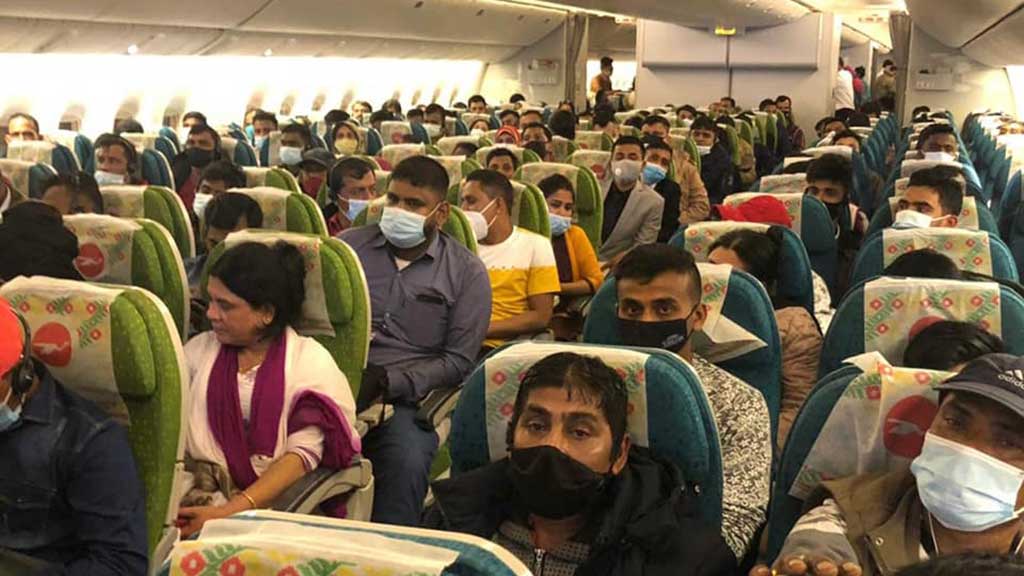 More Bangladeshi workers were evacuated on March 8 as part of the embassy’s evacuation plan.

4 migrant workers were evacuated to Bangladesh and Togo in the past week with the support of ARM.

Updates on Vaccination for Migrant Workers

A number of UN agencies confirmed that documented migrants are indeed eligible to register for the vaccine on the Impact platform. It remains unclear, however, if the prioritization criteria would be applied to them equally and if they would get the vaccine for free. As for undocumented workers, the UN agencies have started working with the government and consulates/emabsiees to have a plan.

The Anti-Racism Movement (ARM) released a statement on the exclusion of migrant workers from the national vaccination plan, emphasizing the delay in devising a plan given their status as essential workers.

No reply to ARM’s letter has been received yet from the ministry of labor, ministry of public health nor the head of the national vaccination committee.

Vaccine to Be Distributed by Private Sector Soon [here]

The first private company will be importing a million doses of the Sputnik vaccine on March 25 which will be sold for $38 for both doses. The head of the company stated that it will be available for free for individuals and their employing institutions will pay for the doses.

However, it was not specified whether the payment will be required in fresh USD or in LBP at a certain rate. Nor was it made clear whether or not individuals can purchase the vaccine on their own.

Members of state security took over selling subsidized rice to customers in a supermarket, asking them to show IDs to make sure that subsidized goods are going to Lebanese people only. The video shows them ignoring an Ethiopian woman standing in line and waiting for her turn.

In addition, ARM received a call from a Syrian individual who stated they were not allowed to enter a supermarket in Beirut after the staff asked for IDs and only allowed Lebanese customers in. ARM will be following up on this.

A projected aid to Lebanon from the United Nations, the European Union and the World Bank is set to be given in USD to support impoverished groups.

Reports did not yet specify whether or not the aid will be dedicated to Lebanese only, or if it will also target non-Lebanese residents.

The Global Forum on Migration and Development (GFMD), chaired by the United Arab Emirates in the past year, released its civil society report for the period between February 2020 and January 2021. The report entails key recommendations by various civil society actors on migration in the context of the pandemic and its impact on the global economy and international community, including protection for migrants and addressing irregular migration.

The abolishment of the Kafala system in Saudi Arabia has excluded 5 jobs, including domestic workers.

The embassy of the Philippines in Kuwait informed the union of domestic workers and recruitment agencies of new conditions to allow the employment of Filipino workers, including making sure the employer has not abused a domestic worker in the past.