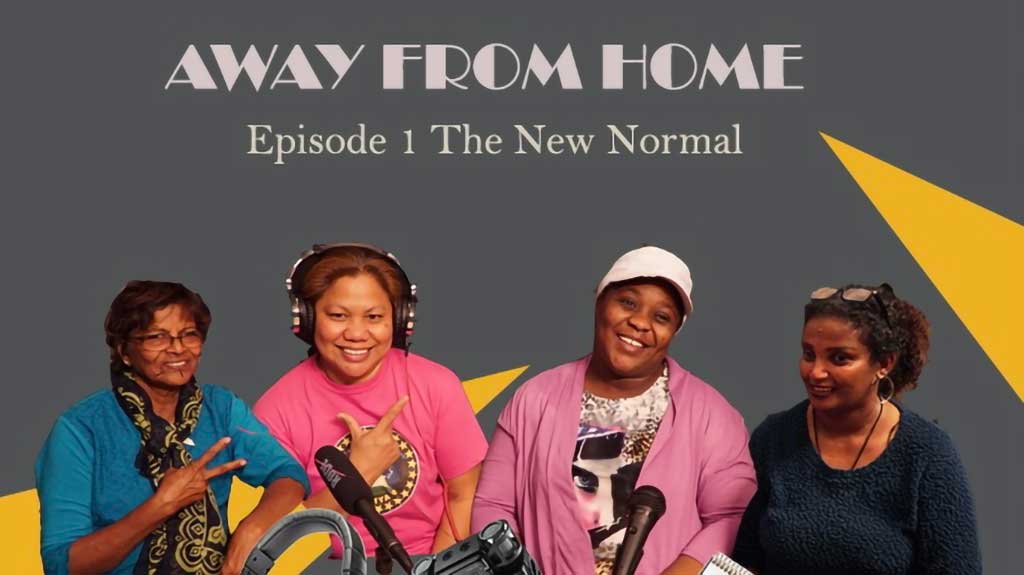 Buildings in Shatila at Risk of Collapsing [here]

Several buildings in the Shatila refugee camp are at risk of collapsing. Some Palestinian families left the buildings while others had to stay due to lack of affordable alternatives inside and outside the camp.

The residents reached out to the UN Relief and Works Agency for Palestine Refugees (UNRWA) who promised to support, without action yet.

First Episode of “Away from Home” Podcast [here]

A group of migrant women launched their new podcast “Away from Home” in which they discuss the issues of migrant domestic workers in Lebanon, with the support of ARM’s Migrant Community Center.

Two articles on Almodon and Lebanon24 reported on the entry of Lebanese citizens to several fields previously employing migrant workers, due to the ongoing economic crisis. Several Lebanese women now work as freelance domestic workers after many migrant women left the country over the past 2 years and after employers lost the ability to afford paying their salaries.

In an interview with Lebanon Debate, the new head of the Syndicate of the Owners of Recruitment Agencies in Lebanon (SORAL) Joseph Kamal Saliba stated a plan to reform the sector of domestic work which was “hit by the successive crises.” Saliba also demanded that the General Security impose fines and penalties on people who employ undocumented and irregular domestic workers; deliberately failing to mention that they become undocumented, or “illegal” as he referred to them, due to constraints under the Kafala system and abuse by employers.

The plan will first entail amending articles and clauses in law 168/1 which holds recruitment agencies responsible for migrant domestic workers (MDWs) during the first 6 months after their arrival in Lebanon. The following numbers were also stated by Saliba:

An article on Nidaa Al Watan reported on the increase in the prices of bread and found that several owners of bakeries gave fake numbers of non-Lebanese employees to justify the costs causing them to increase prices.

The costs entail renewing work permits and providing housing for employees. According to the records of the National Social Security Fund (NSSF), only 300 foreign employees are registered, amounting to 10% of the workforce in bakeries. This means that either not all of them are registered in the NSSF, or that most other workers are in fact Lebanese; noting that bakeries are required to employ only 7 non-Lebanese workers out of 14.