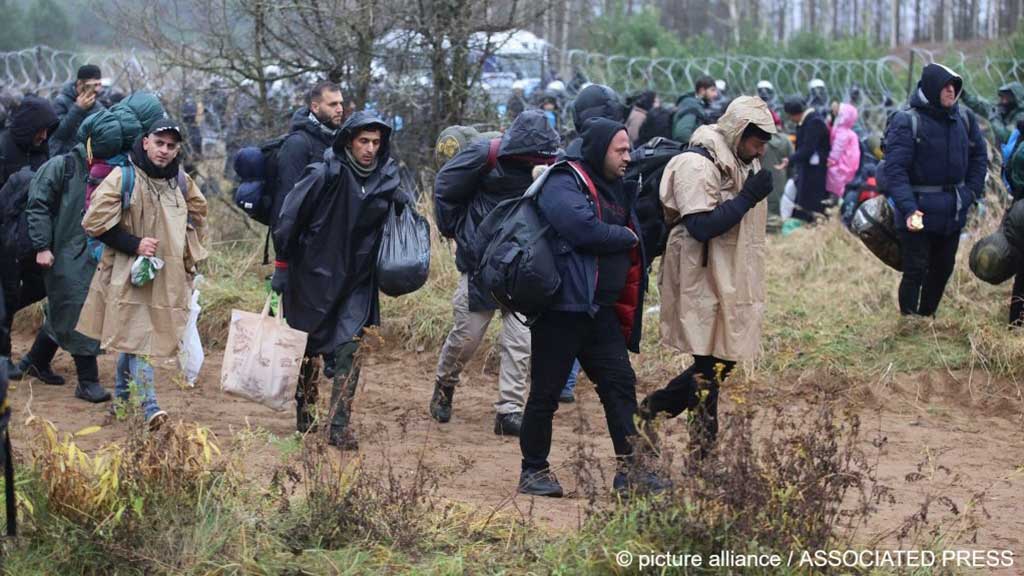 Migrants and asylum seekers at the Belarus-Poland border. Photo from picture-alliance/AP

The General Security (GS) published a breakdown of arrests, entry/exit, and work visas between mid October and mid November in the new issue of the GS magazine. Highlights included the following:

Nidaa Al Watan newspaper published a new racist article with misinformation and fake data on Syrian refugees, capitalizing on the unfortunate murder of a Lebanese citizen in the southern town of Kfarroummman by a Syrian individual. While the unfortunate death is indeed a horrific incident, it is crucial to be wary of misinformation and disinformation published for the aim of demonizing and scapegoating Syrians, and reinforcing the racist sentiments that are already dominant in many Lebanese media outlets.

The United Nations Office of the High Commissioner for Human Rights for the Middle East and North Africa Region (OHCHR ROMENA) informed organizations of fraudulent messages being spread online and through WhatsApp by certain agencies claiming the opening of a new immigration center by the UN in Tripoli in the North.

Additionally, ARM knows of several migrants who applied for emigration through such agencies and were given fake appointments at the French embassy.

The Bangladeshi embassy warned nationals about the fraudulent services offered to renew passports on their behalf in exchange for a certain fee and clarified renewal is only processed through the embassy.

Report on Syrians Stuck at Belarus-Poland Border from Lebanon [here]

An article on L’Orient Today reported the conditions of Syrian refugees stuck at the borders between Belarus and Poland after leaving Lebanon. Many of the tourist visas that they were granted to enter Belarus have already expired, and seeing as they are banned from re-entering Lebanon they are now at risk of deportation back to Syria if they are denied entry to the European Union.