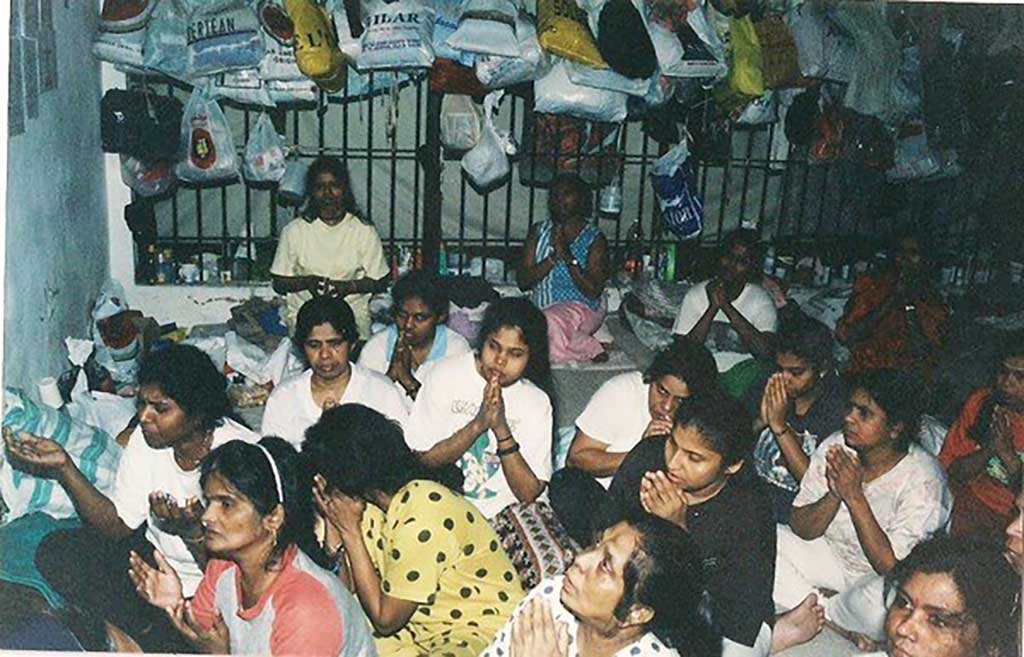 Solidarity Sit-In with the detainees at General Security detention center

On June 26, International Day in support of Victims of Torture, we are calling for a solidarity sit-in with the migrants and refugees of Lebanon at 6:00 pm in front of the General Security detention place in Adlieh, Beirut (on the roundabout).

In the General Security detention place, migrants, asylum seekers and refugees are detained illegally in an underground parking lot where they never see the sunlight and suffer terrible detention conditions for sometimes very prolonged periods of time, with the aim to either punish them for leaving their sponsor, entering illegally in the country, or to oblige refugees to accept their deportation to their country of origin.

Conditions of detention by General Security are a tantamount of torture:

According to the Convention against Torture and Other Cruel, Inhuman or Degrading Treatment ratified by Lebanon in 2000, the term “torture” means any act by which severe pain or suffering, whether physical or mental, is intentionally inflicted on a person for such purposes as obtaining from him or a third person information or a confession, punishing him for an act he or a third person has committed or is suspected of having committed, or intimidating or coercing him or a third person, or for any reason based on discrimination of any kind, when such pain or suffering is inflicted by or at the instigation of or with the consent or acquiescence of a public official or other person acting in an official capacity.
Foreigners detained at the General Security detention center suffer miserable conditions without knowing the potential duration of their detention that is not supervised by the judiciary. Despite the intentions expressed by the State to improve at least the detention conditions in the place, no changes have taken place so far. This represents for the inmates a very serious mental suffering that is intentionally inflicted to them by state agents. This is the very definition of torture.

A former detainee at General Security remembers the day of his release “I fell down on my knees, covering my eyes from the bright sunlight that I didn’t see for 12 months, 12 months! Can you imagine!? And the fresh air” – he takes a deep breath and continues “my lungs were hurting, the air was too clean.” He smiles but his tears begin flowing. “The happiness in my heart is gone” he blinks, “They took it”.

Deportation of refugees is a violation of the Convention
Against Torture:
Article 3 of the Convention against Torture ratified by Lebanon provides that « No State Party shall expel, return (“refouler”) or extradite a person to another State where there are substantial grounds for believing that he would be in danger of being subjected to torture. (…) The competent authorities shall take into account all relevant considerations including, where applicable, the existence in the State concerned of a consistent pattern of gross, flagrant or mass violations of human rights. »

However, our organizations regularly hear of refugees being deported to their country of origin in spite of their refugee status granted by the UNHCR, or despite the fact that they are arriving from Syria where they are at risk of torture, enforced disappearance or summary execution.

“I would rather die under this bridge than return to my country. I have been a walking dead for 6 months now but I know that if I give up and sign my repatriation, I will be arrested as soon as I arrive at the airport. I will be thrown in jail and tortured. In my country I will probably die under torture or spend the rest of my life behind bars. I am an opposition member there, and for this reason UNHCR granted me the refugee status” – says a refugee trapped at General Security detention center.