How the Sponsorship System Kills Domestic Workers at Hospital Doors 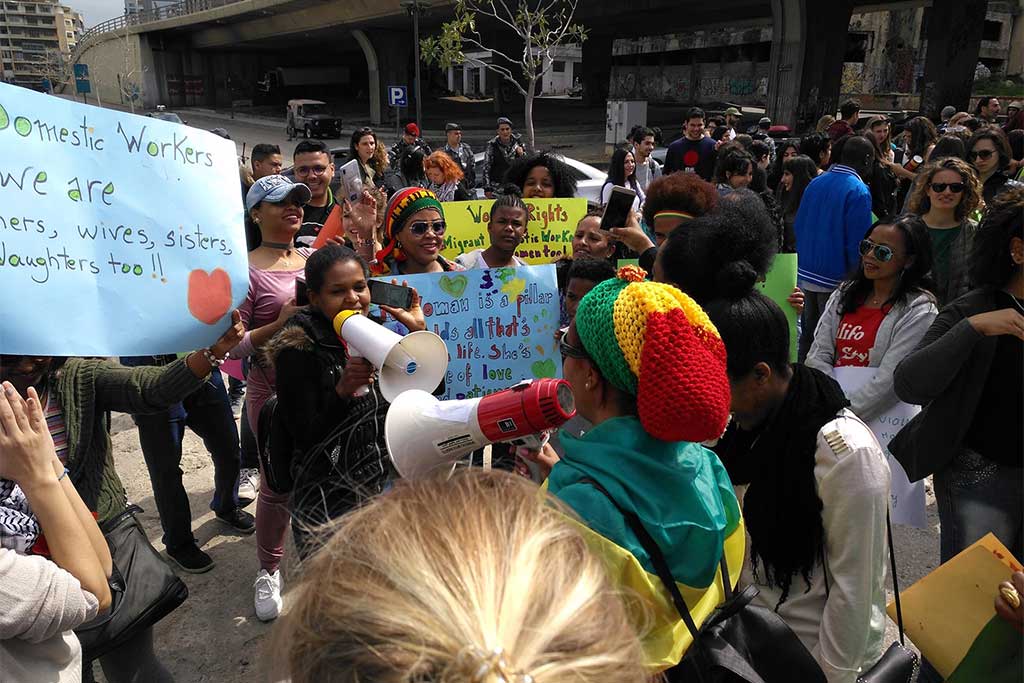 We have recently received this testimonial, from a group of people who want this story to be told. Even though these things happen under our noses every single day in Lebanon, it is still shocking and saddening to witness or read a story like this.

In the early morning of May 2nd, 2012, a young migrant domestic worker fell from the second floor balcony of the family she is working for. She hit her head on a car parked below, and suffered from a large bleeding wound on her forehead.

A young (foreign) man who noticed the accident, and the severity of her wound, took her to the emergency room of the closest hospital, St. Georges Orthodox Hospital. The reaction of the emergency room staff lacked even the most elementary human decency. Not even the most basic care was given to the young woman. One of the doctors on duty made a remark about the seriousness of the injury, but none of the three medical staff members even touched her or took a closer look at her wound.

Surprisingly, the young man who brought her to the hospital found himself being interrogated by the doctors. The asked him why he had taken on this responsibility, and explained to him that they would not provide her with any medical help, and that only the woman’s sponsor (employer) should bring her to the hospital.

This is a clear case of denial of medical assistance in an emergency case.

At the end, the young man and woman found themselves on the street, completely abandoned by those who had once taken an oath to grant help to any human being in need of medical care [the Hippocratic Oath – which is taken by all practicing doctors in Lebanon].

Once more, injustice and discrimination in Lebanon shows its ugly face. This is just one of the countless cases where migrant workers are deprived of their most basic human rights.

The sponsorship system, which leaves migrant domestic workers completely dependent on their sponsors, is one part of the problem. Misanthropic behavior of individuals towards them is another. And those of us who believe in equality and altruism remain flabbergasted.

There is no acceptable excuse for emergency hospital staff to refuse treatment to anyone. According to the Ministry of Health, the hospital nearest to the location of an emergency is required to accept any emergency cases, at least for primary examination and first aid. They can then be transferred to another hospital.

The recurrent excuse of needing the sponsor to be present is ridiculous. This is similar to refusing treatment to a bleeding child in an emergency room under the pretense of “needing the parents to be there”. Yet they use this excuse very often, as though they are unable to act without the presence of a person who is responsible for her.

But we all know this is not really an issue of responsibility. It’s an issue of treating a person badly because of their skin color, their status, their type of employment. This is discrimination. It is a debilitating disease our country is suffering from, yet we manage to find every excuse in the book not to fix it.

Hospitals in Lebanon are legally responsible for all patients on their premises, whether they are minors or not, whether they have insurance or not, and whether their legal representative is there or not. Sadly, this is often ignored by hospitals, but it is fully within our rights to insist they take care of these patients, and to file a formal complaint at the Ministry of Health of these violations. The more they hear from us, the more likely they are to make sure their decisions are respected.