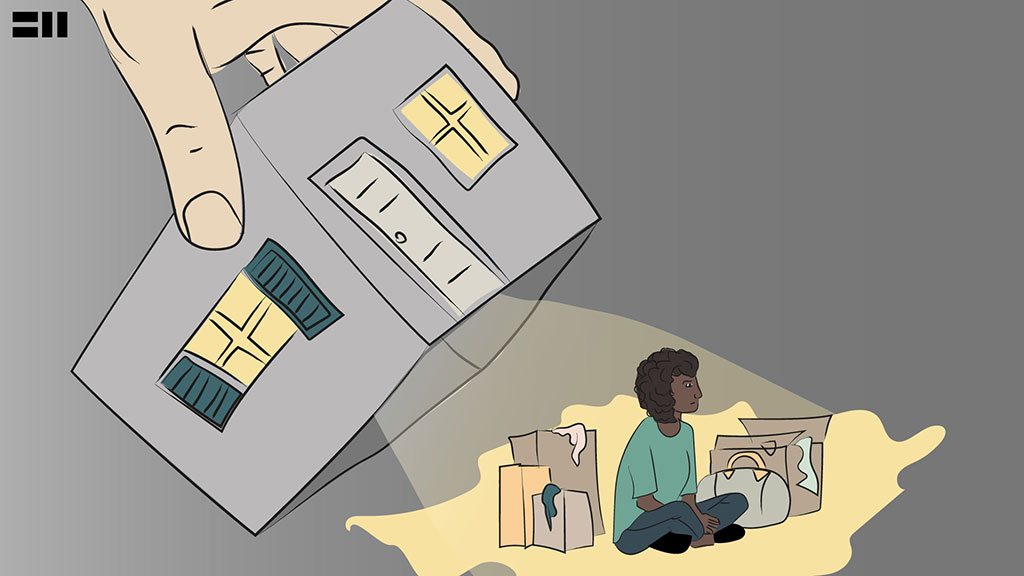 Although “Stay at Home” became a main measure by the state to combat COVID-19, landlords were left free to determine the fate of tenants without any monitoring or accountability. Even in a context of a global health crisis and an unprecedented economic crisis, the right to housing remains unprotected for the majority of tenants, despite the international conventions that Lebanon has adopted and that stress the right to housing as a basic human right for all.

Since early April, the Anti-Racism Movement (ARM) received 446 calls from migrant workers of different nationalities reporting threats of eviction from their homes by landlords and, in some cases, by real estate agents. In partnership with the Public Works’ Housing Monitor, ARM assessed 151 of these calls so far. 27 cases were resolved or partially resolved through negotiation with the landlord or through rent payment from donations, 18 were facing indirect threats and received tips on how to face their landlords. 93 cases are still pending, either awaiting the landlords’ final decision or because they were referred to UNHCR since they are refugees or asylum seekers. 13 people were evicted, despite our interventions.

According to the law, evictions must abide by a legal process whereby the landlord should obtain a court order to give an official notice to the tenant to evict. This condition applies to all evictions, regardless of the existence or validity of the rent contract, or the validity of the tenant’s residence permit. None of the evictions we were called to prevent followed this process, which makes them illegal. In addition, evictions are forced brutally by the landlords who resort in many cases to physical violence, changing the keys, and throwing out the belongings on the streets. If not evicted, the tenants are facing the abusive behaviors of the landlords such as cutting off electricity and water and confiscation of their papers and belongings in exchange of rent, among other practices.

On April 22, ARM, Housing Monitor, and 19 other groups of activists and organizations sent a letter to the Prime Minister, the Minister of Interior, the Minister of Justice, and the Minister of Social Affairs demanding to take urgent and concrete steps to stop these evictions and to provide legal protection for migrant workers. The parliament passed a law on May 8 to suspend collection of rent due in the period between 18 October 2019 and July 30 2020. Nonetheless, landlords did not abide by the rent suspension and continued to harass tenants who were unable to pay their rents due to economic hardships. Moreover, the law did not specify a mechanism for either rescheduling or reducing the payments of due rents after July 30. Effectively, the law could have stopped evictions temporarily, however tenants were forcefully evicted during an epidemic and the worst economic crisis that the country has witnessed without any accountability. Most migrant workers who do not live with their employers are undocumented, which makes them much more vulnerable to being arrested and reported.

We demand an end to the discriminatory measures by landlords against migrant workers, and an immediate response by the Lebanese government and parliament to put in place fair housing policies for both citizens and residents, respecting the right to housing as a basic human right. We demand the Public Corporation for Housing and the Ministry of Social Affairs to play an active role in advancing housing rights that respond to the urgent need for affordable, inclusive, secure and adequate housing.