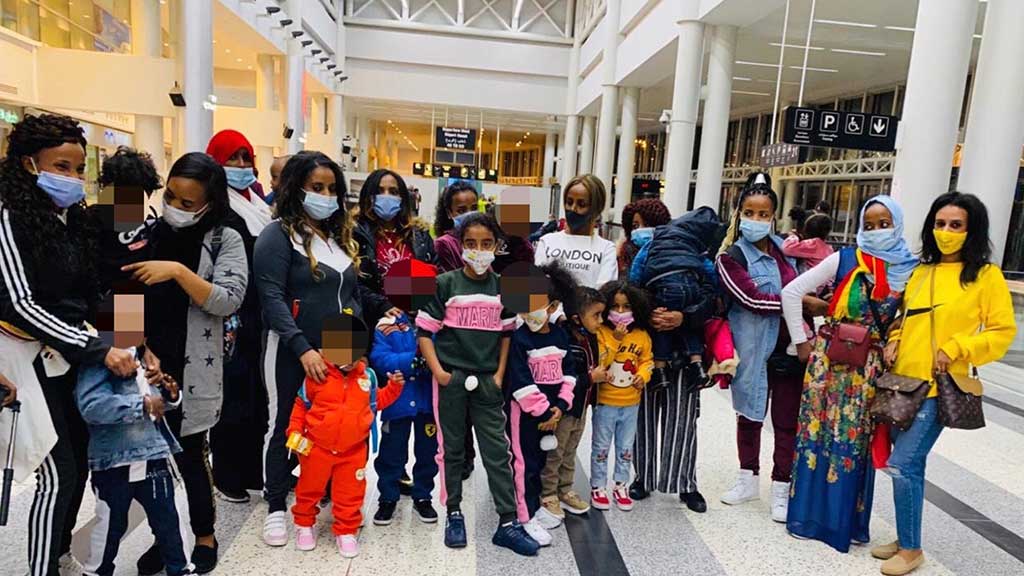 17 migrant women and men traveled to their countries in the past week including Benin, Bangladesh, Ethiopia, Kenya, Ghana and Rwanda with the logistical support of ARM.

47 Ethipan women and 12 children traveled to Ethiopia with the support of Egna Legna Besidet. One of the women and her 4 year old child were detained at the airport for false accusation of theft submitted by her former employer.

A Bangladeshi domestic worker in her forties was found hung in her room in Jounieh. An investigation was reportedly opened by security forces.

The Lebanese Center for Human Rights (CLDH) released a statement on the abuse and mistreatment of a migrant domestic worker at Caritas’ shelter in Dawra where she used to work. Said violations include unpaid salary, verbal abuse, being forced to sleep on the floor with other migrant workers, not receiving updates on her legal situation, being threatened with the police, among others.

An article by Almodon on the exchange of USD reported that migrant workers are  being allowed to withdraw only 200USD and 100USD/month of their salaries, despite a circular by the syndicate of money changers a few months ago that stated their limit at 300 USD/month. These limitations are imposed by money changers who claim they are not given enough dollars from the Central Bank to accomodate for migrant workers.

Memorandum of Understanding between Lebanon and Nepal [here]

The Lebanese Ministry of Foreign Affairs sent a memorandum of understanding (MoU) to the honorary consul of Nepal for the purpose of regulating the relationship between Nepalese domestic workers and Lebanese employers. The MoU will be sent to the Nepalese Ministry of Labor before reaching a final agreement between the two countries.

Concern Worldwide released a video on the exclusion of migrant workers from relief response and aid after the Beirut explosion. The video included interviews with two migrant workers, a psychologist, and ARM’s board member.

An article by L’Orient Today reported the deteriorating conditions of migrant domestic workers, noting that the official number of workers evacuated due to the ongoing economic crisis remains unknown. The article also noted the differences in the response of each embassy/consulate to their citizens’ needs and requests for evacuation after the crisis began.

An article by Al Arabiya reported the findings of the report by Triangle on the profits made in the public and private sectors through the Kafala system, specifically recruitment agencies. The article also reported that migrant domestic workers who are still paid have lost almost 80% of the value of their salaries given that they are now in LBP and no longer in USD.