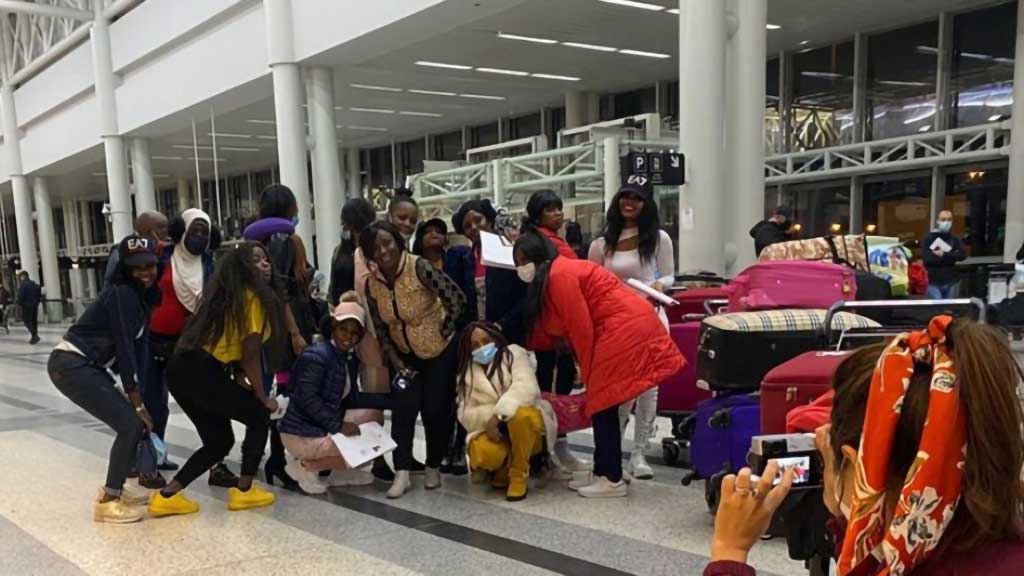 15 Sierra Leonean women finally traveled home on February 1 after waiting months for their turns, with the support of Aline Deschamps, journalist who’s been following up with and organizing the online fundraiser with the women. ARM, This is Lebanon also supported with the logistics and coordination with the consulate and general security.

A video by AJ+ highlighted reported the stories of several Sierra Leonean women under the Kafala system in Lebanon, emphasizing the abusive practices they were subjected to, in addition to their living conditions after fleeing employers’ houses and sharing an overcrowded apartment in Beirut while waiting to be evacuated.

Detailed Report by Legal Agenda on Kafala under the Pandemic [here]

A study by Legal Agenda reported the changes to the Kafala system in Lebanon under the pandemic and the exacerbation of economic crisis as a result of it, from 3 main aspects:

Most victims were Syrians and Ethiopians, and the other nationalities included Palestinians and Bangladeshi, in addition to Lebanese victims who were trafficked domestically.

Caretaker minister of labor Lamia Yammine met with the head of the IOM in Lebanon to discuss a mechanism to vaccinate migrant workers, and the possibility of having a signed agreement between the two entities.

Yammine also noted the urgency of continuing the evacuation of migrant workers who wish to leave Lebanon.

MoL Calls for Inclusion of Migrant Workers in Vaccination [here]

Caretaker minister of labor Lamia Yammine released a memo on February 1 recommending the vaccination of all employers as well as Lebanese and migrant workers in all sectors, as per the prioritization of the ministry of public health.