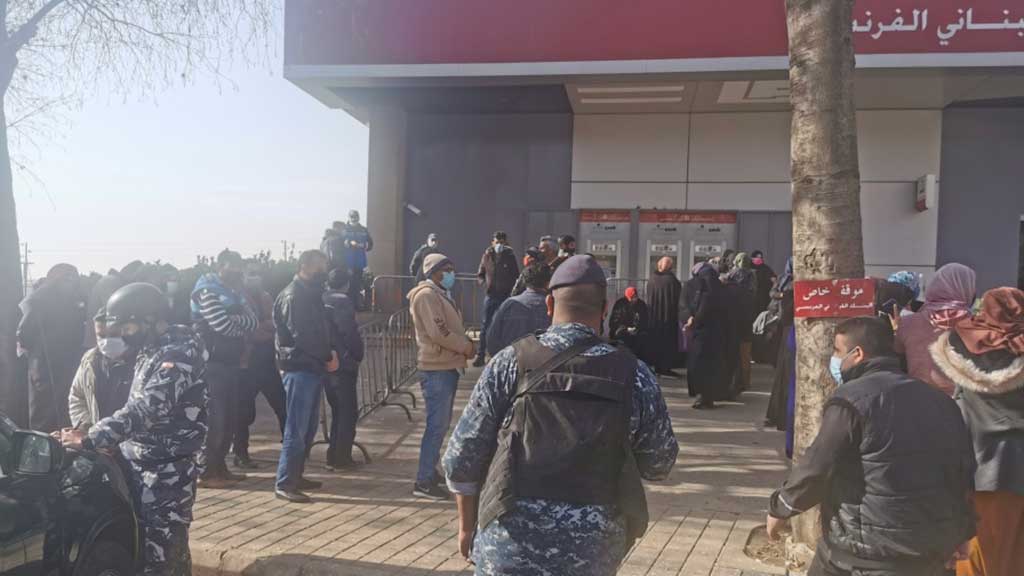 More migrant men were evacuated to Sudan in the past week with the support of ARM.

The Global Forum on Migration and Development (GFMD) is a global consultative forum bringing together expertise on migration from all countries. It is an informal, non-binding, voluntary and government-led process, which also includes 3 consultation groups: civil society, private sector, mayors. ARM participated in the civil society consultations last week, from which emerged the following priorities for advocacy:

ARM will also participate in the GFMD Summit which will be held online from 18-26 January.

70 Syrians Fined for Lining at Bank ahead of Lockdown [here]

The Internal Security Forces (ISF) issued 70 fines for Syrians last Monday January 11 for lining up in front of a bank in Bekaa to withdraw money ahead of the total lockdown. One of the men says the fines were given randomly to 70 people out of the 200 who were there, and that some were told to leave even though they had not yet reached their turn to withdraw money.

Madagascar Consul Appeals to Council of State for SUC [here]

The honorary consul of madagascar in Lebanon submitted an appeal to the Council of State to reverse its decision of blocking the reformed standard unified contract (SUC) for migrant domestic workers. The appeal cited the fact that the Syndicate of the Owners of Recruitment Agencies in Lebanon (SORAL), who submitted the block appeal, is not a party included in the contract and hence legally speaking it does not have a legal ground to interfere.

An article by Almodon reported that the Central bank did not give dollars to exchange shops tasked with transferring money to their home countries during the current lockdown. Transfers will remain suspended until the end of the lockdown period.

The article reported a suspicion  that this step may be a preparation to terminate these transfers soon.

The General Security announced in a statement that it will continue taking requests for renewal of residency and work permits for non-Lebanese residents during the lockdown.

An article by Al-Akhbar reported the illegal evictions taking place against non-Lebanese tenants with the devaluation of the Lebanese pound and landlords’ practices of increasing rent or demanding pay in USD or a market rate of their choice. The article reported data found in the report by ARM and Housing Monitor which mapped the evictions of migrant workers and refugees with the different practices cited such as physical aggression and threats against irregular tents.

Human Rights Watch (HRW) released a report on the sharp decline of human rights in Lebanon, citing the block of the standard unified contract (SUC) by the Council of State as a setback in protecting them from gender-based violence.