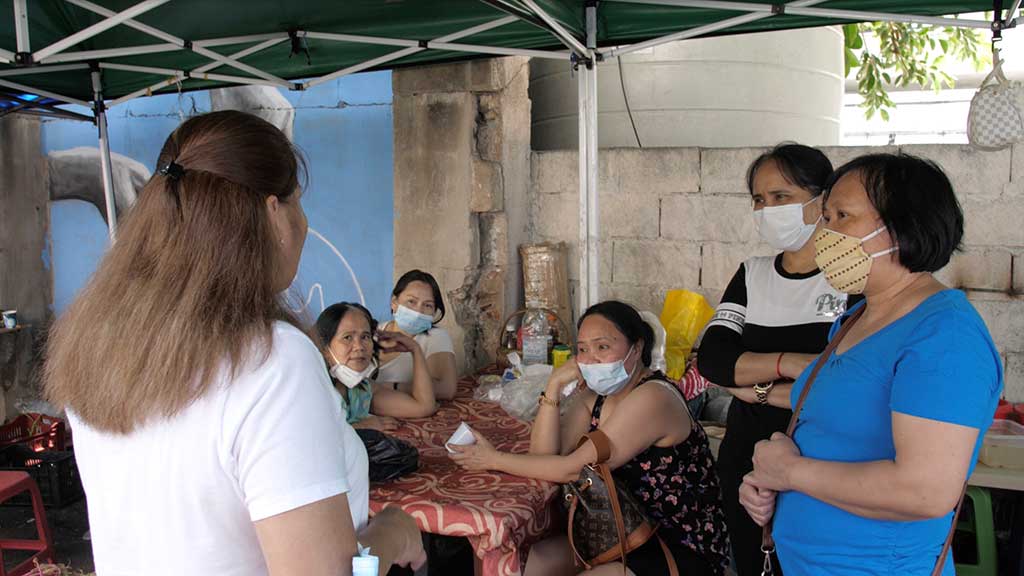 Filipina women at a food market in Beirut

For International Domestic Workers Day (IDWD), ARM interviewed several migrant women who talked about how they imagine their lives and Lebanon after the Kafala system is abolished. The women challenged the binary of being portrayed as victims on one hand, and the demonization they’re subjected to on the other hand along with the misconceptions about their work and conditions.

The syndicate of domestic workers under the national federation of employees’ and workers’ union in Lebanon (FENASOL) celebrated IDWD with several migrant groups, and called on the ratification of the Domestic Workers Convention, or convention no. 189, by the Lebanese parliament.

The International Labor Organization (ILO) released a new global report of the most comprehensive and accurate data on domestic work, 10 years after the adoption of the Domestic Workers Convention which recognizes domestic labor as work. The report includes the numbers of domestic workers, details on the informality in the sector, and the extent to which informality is due to gaps in legal coverage or gaps in implementation.

A new report was released on migrant domestic workers in Lebanon from a gender perspective,  by UN Women, ILO, the Arab Institute for Women, and the International Organization for Migration (IOM). The report emphasizes the lack of protection for migrant domestic workers under the Kafala system due to exclusion of domestic work from the labor law, and focuses on sexual and reproductive health and rights among other gendered aspects.

An investigative report by Thomas Reuters Foundation revealed that at least $250 million of UN aid has been lost since October 2019 due to exchange rates set by the banks. This number amounts to third-half of the UN aid that was originally dedicated as cash assistance by the World Food Programme (WFP) for Syrian and Palestinian refugees as well as Lebanese citizens. The following numbers were cited in the article:

Report by Al Jazeera on Abuse of Ethiopian Women [here]

An article on Al Jazeera English reported the abuse of Ethiopian Domestic Workers in Lebanon, documenting the stories and experiences of several women in the past years. The stories included detailed accounts of unpaid wages for years, confiscation of phones and passports to cut the women’s connection with their families and the outside world, returning to Ethiopia empty-handed, and traumas after being freed from the employers’ houses.

Trafficking networks were also highlighted as a main party complicit in the cycle of abuse of Ethiopian domestic workers, in coordination with recruitment agencies based in Lebanon in the context of the ban imposed by the Ethiopian government.

Report by Now Lebanon on Solidarity among Migrant Communities [here]

An article by Now Lebanon reported the various forms of solidarity and support among migrant groups in Lebanon under the ongoing crisis, emphasizing the role of volunteerism in the words of several migrant women who were interviewed.

Six migrant domestic workers and 2 children were evacuated over the past week to Benin, Burkina Faso, Ethiopia, Nigeria, and Sri Lanka with the support of ARM.