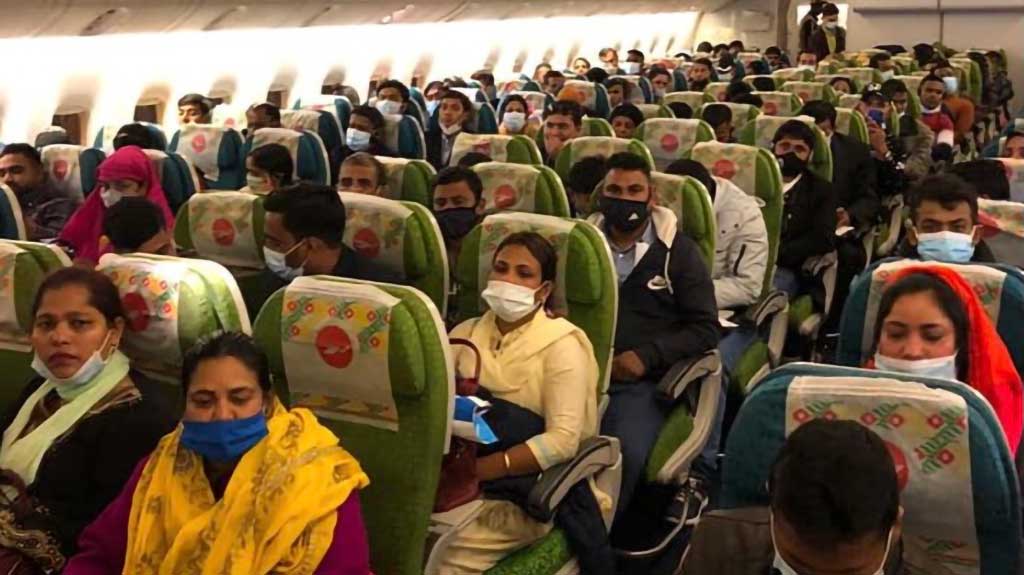 10 migrant workers were evacuated to Bangladesh, Benin, Kenya, Sudan and Togo in the past week with the support of ARM.

More Bangladeshi workers were evacuated on March 8 as part of the embassy’s evacuation plan.

Updates on Vaccination for Migrant Workers

The Anti-Racism Movement (ARM) sent a letter to the Ministry of Public Health, Ministry of Labor and the National Vaccination Plan Committee calling on them to devise a plan to ensure free access to COVID vaccines for migrant workers in Lebanon, regardless of their residency status.

Updates on the letter and follow up will be posted on our website and social media as soon as replies are received.

The Ethiopian consul Temesgen Umer met with the minister of Labor Lamia Yammine and discussed the situation of Ethiopian workers in Lebanon. It was announced that undocumented workers will be able to receive the vaccine through a registration process to be set soon.

The International Organization for Migration (IOM)’s regional office in the Middle East and North Africa (MENA) published a video calling on states in the region to include migrants in the national vaccination plans regardless of legal status, and to follow the public health standards and the prioritizations set in each country to reach herd immunity.

Saudi Arabia began implementing its plan to dismantle its Kafala system on Sunday March 8, as part of the initiative of the ministry of human resources and social development to improve contractual relations between employers and migrant workers. The current step involves allowing the worker to leave the employer without the approval or permission of the latter, both before and after upon the end of the contract.

The initiative introduces 3 changes to the workers:

Journalist Mohammad Zbeeb to Legal Agenda: The Crisis Will not Necessarily Weaken Kafala and Exploitation [here]

In an interview with Legal Agenda, journalist Mohammad Zbeeb expressed concern about replicating the exploitation of migrant workers under the Kafala system onto other groups of workers that do not fall under it. Zbeeb explained how Kafala in Lebanon came to be after the end of the civil war, and noted the faulty assumption that employing migrant domestic workers is linked to an increase in employment of Lebanese women in the job market outside the household.

He also emphasized the reasons why migrant domestic workers are in a weak position that does not enable them to lobby for their labor rights in comparison to other categories of workers deemed unskilled.

Lebanese Minister of tourism and social affairs Ramzi Moucharafieh concluded his visit to Syria where he looked into a plan for voluntary return with different Syrian ministers. Moucharafieh noted the work of all relevant sides in both countries to “handle the obstacles in the face of return” and to get the cooperation of Western states to convince Syrian refugees to return.

In addition, he noted the “full cooperation and coordination” between the Lebanese and the Syrian governments to implement safe return as soon as possible.

The embassy of the Philippines posted a denouncement of the requests it has been receiving from Lebanese people asking to recruit Filipino domestic workers, and emphasized the ban of the Filipino government prohibiting citizens from coming to work in Lebanon.

Report by Public Works on Racism and Access to Housing [here]

An article by Public Works analyzed the social and spatial impact of racist discourse on the access of non-Lebanese residents to housing and living in the city, in particular Syrian refugees. The article reported the notable increase in eviction threats in the areas hit  by the explosion of the Beirut port, in addition to limiting the relief aid dedicated to them and stopping them from fixing the damaged houses.

The article argues that this is a practice of fragmentation aiming to separate refugees from the rest of the city’s inhabitants, although they make up around 39% of the residents in the areas severely affected by the blast.