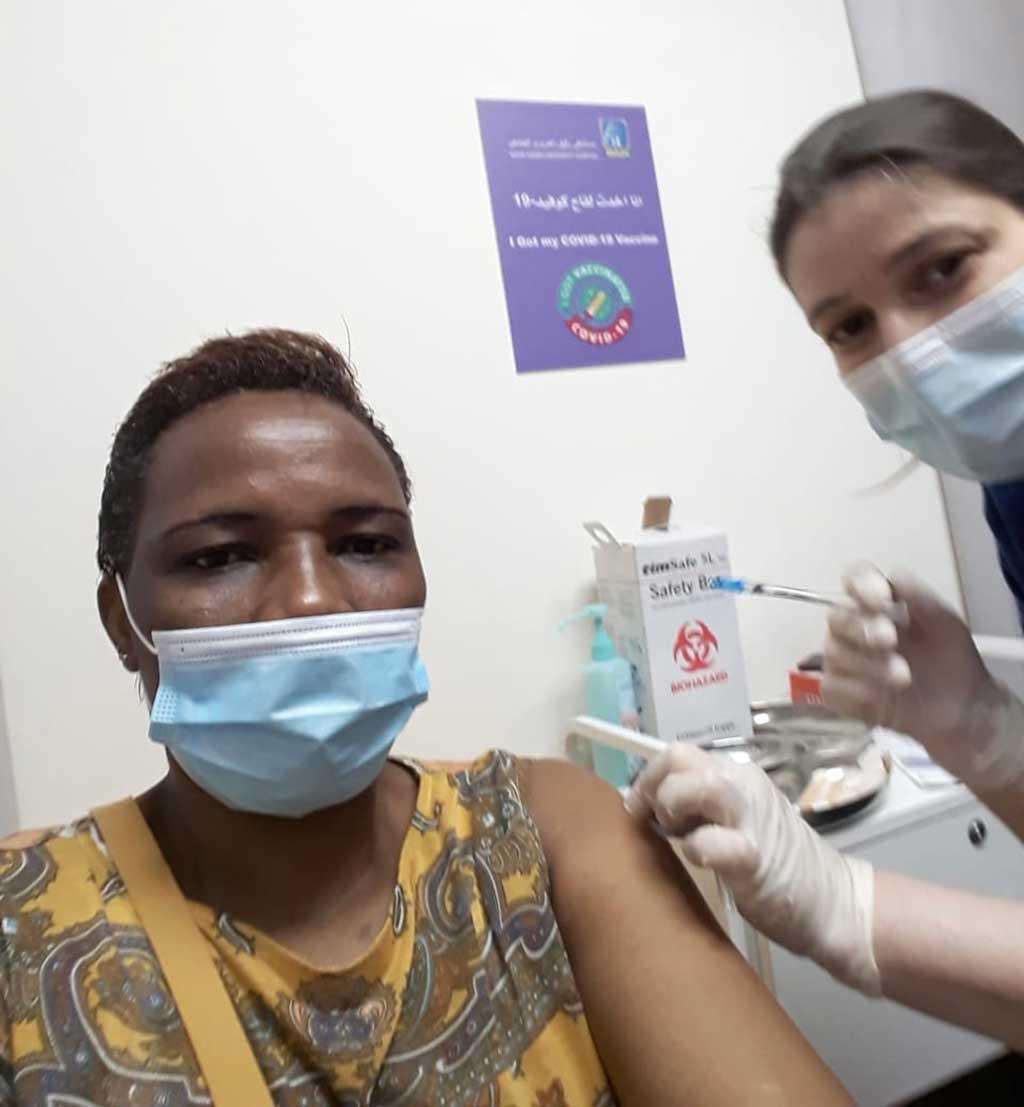 Kenyan woman receiving the vaccine on May 29 in Beirut

Note: We are dedicating our social media platforms to share updates on the attacks of the Israeli occupation forces on Palestinians in different cities and locations mostly on Twitter and on Instagram. A list of resources* where you can track updates and developments is available at the end of this report. We will be updating it regularly to add new resources we come across.

The International Organization for Migration (IOM) released a report on the results of a needs assessment for migrant workers, conducted between October 2020 and February 2021. The report focused on the impact of the consecutive crises on migrant workers, and found the following results:

A video by MTV on the evacuation of migrant workers reported the gap in the sectors employing them, emphasizing the uncertainty of being replaced by Lebanese workers. A researcher from Information International explained the reasons for the decrease in the number of migrant workers in 2020 from around 400,000 to around 230,000, and highlighted the big gap in domestic work.

The report concludes that the various sectors should not be constrained to certain nationalities and claims that otherwise dollars would still be drained by remittances of migrant workers.

A video by LBCI reported on the online posts selling migrant domestic workers mainly in Facebook groups, and included testimonies of employers who claimed the intention was not to “sell” the worker but to have her go to another employer given their inability to pay salaries in USD.

The report explained the process of transferring (tanezol تنازل) a domestic worker’s sponsorship to another employer, and emphasized this is still considered a form of trafficking, even with the consent of the worker and even if the process is legal.

According to the ministry of labor, none of the employers faced legal charges since they abided by the ministry’s instructions to remove the posts.

In response to LBCI telling the MoL that even the legal tanazol process is very similar to buying and selling workers, MoL said that they are working on eliminating this gradually.

Walk-in vaccination started this past weekend for people above 30 years old to receive the AstraZeneca vaccine. Many documented migrant workers went and got vaccinated, but it remains uncertain when undocumented migrants with no papers will be able to receive it.

Ethiopian Women Imprisoned in Syria are Back Home [here]

Five Ethiopian women who were imprisoned in Syria for 9 months were finally released and evacuated to Ethiopia. They were jailed for crossing the Lebanese-Syrian border to reach Turkey, and the agents who coordinated their trip took the money and abandoned them.

They traveled home with the support of Egna Legna Besidet.

Egna Legna Besidet announced they have started providing health services to migrant women and their children in Lebanon including family planning and health education, among other things. To inquire more about the services, they can be contacted on 81688305.

103 undocumented Ethiopian workers were evacuated on May 29, many of whom had been facing legal charges by employers.

The National Federation of Employees’ and Workers’ Union in Lebanon (FENASOL) held a general assembly on May 24 to address the living and health conditions of migrant workers in the context of the economic crisis. Migrant attendees demanded the abolishment of the Kafala system and the payment of due wages by employers, and addressed the delay in vaccinating migrants.