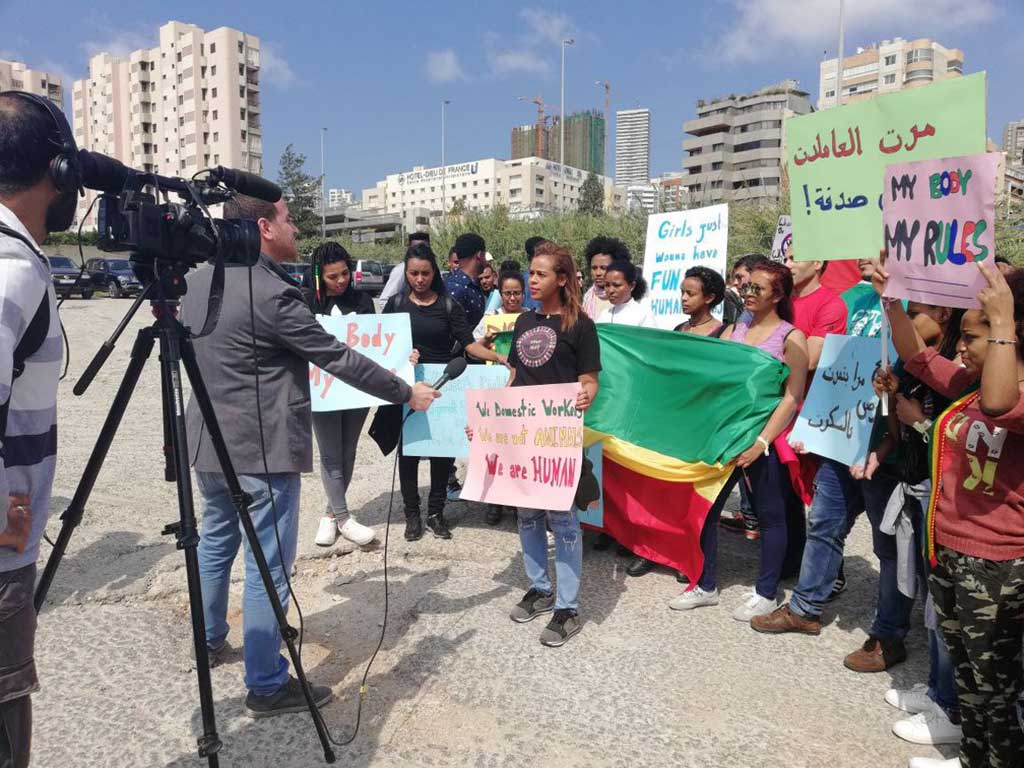 On the 6th of November 2014, Emebit Bekele Biru was found dead at her employer’s house in the Naameh area following an alleged disagreement with a member of her family. Biru died of hanging. A source close to Biru’s employers told the MDWCC and the other NGOs “she was very disturbed following a phone call from her husband; it seems that there were some disagreements between the two”. The investigation concluded that Biru committed suicide and the case was closed.

On the 7th of November 2014, Derhemesh Labou died after she was seen to fall from the third floor of a building in the Chouefiat area. It remains unclear whether Labou’s death was classified as suicide or whether criminal charges were pressed.

On the 10th of November 2014, Birkutan Dubri fell from the fourth floor of a building in the Msaytbeh area. According to eyewitnesses, Dubri and her employer were arguing minutes before the incident took place. Dubri was transported to Al-Makased hospital where she is currently being treated. According to media reports, the police arrived to the place of the incident but failed to interview the employer as she was feeling ‘very upset’.

Migrant Domestic Workers deaths could be linked to the restrictive Kafala system that ties the domestic worker to one employer for the duration of her contract and does not guarantee her the absolute right to quit or the freedom of movement. While trying to escape abusive employers or poor living conditions, many migrant domestic workers end up falling to their deaths.

Many cases of Migrant Domestic Workers’ deaths are poorly investigated and the majority of cases are automatically classified as suicides. Such classifications are suspect. When rare investigations are carried out, police usually rely on the testimony of the employer and seldom expand the circle of investigation to include neighbors and friends of the domestic worker. Furthermore, employer abuse and poor living conditions as causes of suicide or death are often overlooked in the investigation.

Under the International Covenant on Civil and Political Rights (ICCPR), “every human being has the inherent right to life”. Further, the International Covenant on Economic Social and Cultural Rights (ICESCR) recognizes the rights of everyone “to the enjoyment of just and favorable conditions of work” including the right to “safe and healthy working conditions”. By failing to ensure decent work conditions and proper investigations into Migrant Domestic Workers’ deaths or injuries, Lebanon is contravening its international human rights obligations under the ICCPR and ICESCR.

The MDWCC and the other NGOs demand that the deaths of migrant domestic workers whether classified as suicide or otherwise, be properly investigated. Investigators should look for signs of employer’s abuse and mistreatment. When suicide is due to poor living conditions or employer abuse, the employer must be prosecuted and held legally accountable. Furthermore, investigations should be balanced and cover all concerned parties including employers, neighbors, witnesses and friends of the Migrant Domestic Workers. Investigating the causes of death will allow identifying the causes of recurring “suicides” in order the address the challenges to prevent further death and insure a healthier employer-employee relationship. The MDWCC and other NGOs also call upon the Lebanese state to protect and promote the rights of Migrant Domestic Workers to safe working conditions by abolishing the Kafala system that perpetuates exploitation.