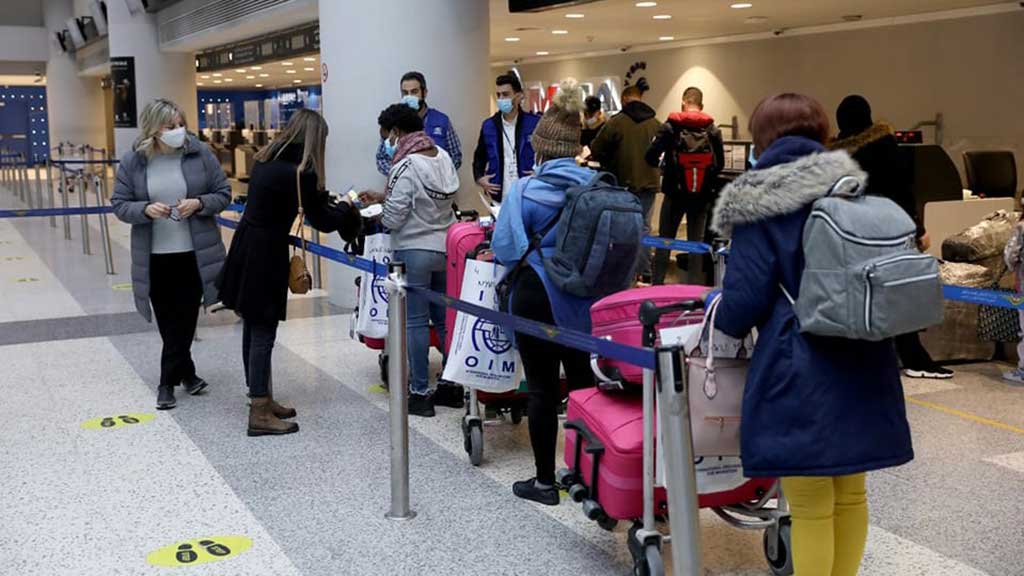 The honorary consul of Kenya, Sayed Chalouhi, stated that the Kenyan domestic women protesting outside the consulate bear the blame for their situation after being abandoned and unpaid by employers, justifying this with the fact that employers pay a big amount of money to bring them to Lebanon through recruitment agencies: “When the documents of a domestic worker cost $2,500, and she only works two or three months and then leaves, she lays herself open to the possibility that the employer does not pay her for the days she worked.”

Three Kenyan women were repatriated with the support of the International Organization for Migration (IOM) and the National Commission for Lebanese Women. This follows the sit-in started on January 6 outside the Kenyan consulate demanding to be repatriated and to hold their consulate accountable for abusing them and not providing support when they requested it.

Aster, the Ethiopian woman who was abused by her employer in Jouret el Ballout, confirmed to Kafa organization she did not want to press charges against him and that she was satisfied with the result of the investigation.

A video had circulated on social media on January 5 showing the employer, identified as Bechara Ghostine, dragging Aster in the street. He was later taken in for interrogation and was released with no criminal charges. The only formal action taken against him was being blacklisted by the Ministry of Labor to forbid him from legally sponsoring a migrant domestic worker in the future; which is an insufficient step given that he can still employ domestic workers who can be sponsored by someone else.

The United Nations Relief and Works Agency for Palestine Refugees (UNRWA) announced a fundraising proposal aiming to secure 1.6 billion USD to continue its operations and services for Palestinians refugees including those in Lebanon. This follows funding cuts by big donor countries to the agency’s budget over the past years, and calls for support from Palestinians in Lebanon who have been severely impacted by the lack of sufficient funds for education, rent support and healthcare.

In the past few months, many Palestinian residents in refugee camps voiced out the need for urgent support due to the poor infrastructure in the camps and the resulting risk of collapsing at any moment.

For more on the state of infrastructure in Palestinian camps, Campji is covering the issue and interviewing residents with details on their houses.

To the Minister of Labor: We Urge you to End this Mistake
Abolish Kafala
Urgent Action Needed to Hold the Kenyan Consulate in Lebanon Accountable to Kenyan Citizens in the Country
Case Advocacy
Lebanon Civil Society Submission to the 104th Session of the Committee on the Elimination of Racial Discrimination
General Advocacy