Alem Desisa is Dead, when will you do somthing about it? 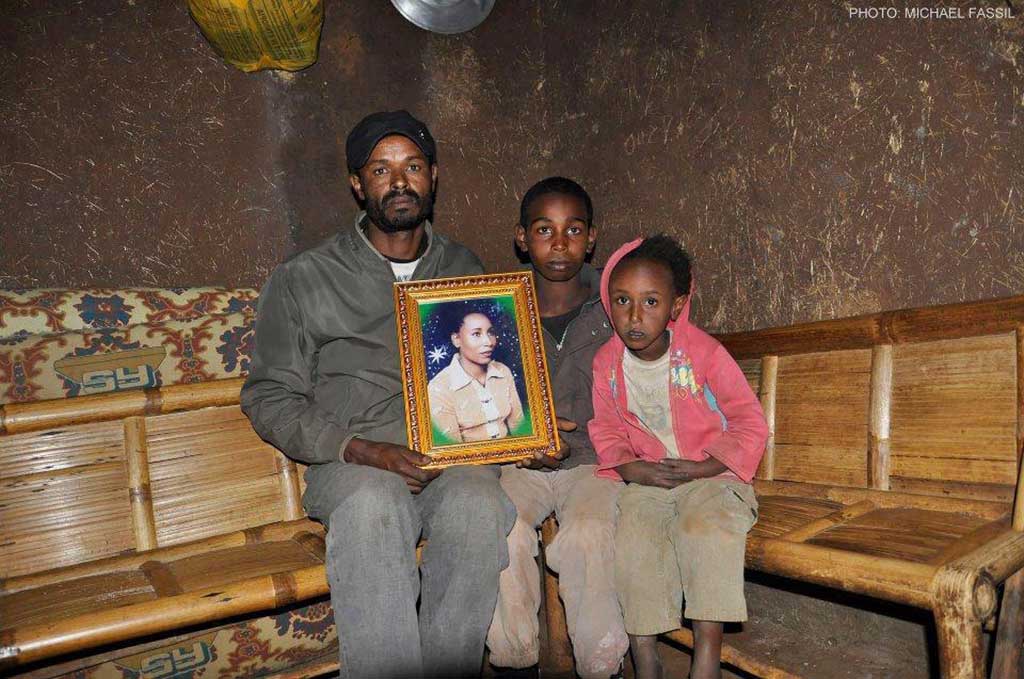 It’s been always really hard to explain how a girl, a migrant domestic worker ends up committing suicide. And what makes it harder is when this girl is killed and then claimed that she had committed suicide in order to protect the Lebanese employer from legal prosecution.

In the Anti-Racism Movement, we have been trying hard to follow up these kind of incidents, and each time we end up hearing the same news: “An alien domestic worker had committed suicide by jumping out of a balcony, or burned herself or hanged herself in Mahala al-Jadeedah.

In the Anti-Racism Movement we always try to verify the news and get to the bottom of it and try to search for the answer in the building where the incident took place, then we ask the neighbors and the surrounding shops on whether they have spotted the “suicided”, then we head to the police where answers should be provided. But the  answers are not given, and we go back to the employer to try to know the answer why she had committed suicide.

Each time we do this. Sometimes where we get lucky to get answers from the employer or obtain the standarized police report, the result would always be the same:
“An incidence of suicide had been reported to the police, where the police had attended to verify the incident with the presence of the coroner who submitted a medical report that he had found no signs of violence, rape nor struggle so he concludes that it’s a suicide incident.” And what’s so strange that none of the lifeless bodies are examined for toxicity, unless it’s asked from the doctor by someone who would pay the $200 cost of this test, but not the state of Lebanon. And so the case is closed after this amazing report and the embassy or the consulate is requested to permit the transfer the deceased body back to her homeland.

Three years and we had been exposed to the same situation and same report. Three years and not a single thing has changed. Only one new thing has been done: once in the Police report: “… a body of a Nepali domestic worker from Africa…”!

No change in the media, its coverage of this situation or its amount of attention regarding this same issue. No change in police actions and its professional investigation that it carries out in each of the cases. No change in embassy or the consulate in protecting their right in staying alive. And No one changes anything.

Why would a woman who left her family thousands of miles away, leaving behind her house, her homeland, her friends, her kids and maybe her first love, borrowing thousands of dollars to come to Lebanon through many airports of Dubai, Qatar, Saudi Arabia, Syria and then Jordan end up in Beirut airport? Sleeping on naked floors of airports, trapped in small unwelcoming waiting rooms only to get to Beirut, to be led and delivered as a goat. Brought to the trafficking office to be sold to the family that pays most and consider her as its own property.

Why did she commit suicide after going through all of these hardships to only work hard for couple of hundreds of dollars to be sent to her old mother and  father or to her  son and daughter to be able to have a decent life and education, or to her husband to establish a work that can elevate them from the hardships of the poverty or to her brother so that he won’t go beg in the street, or to save enough money so that she would go back to her country to continue education?

Have you ever considered that she might have missed her family and never was she allowed to contact them?

Have you ever considered that she works 17 hours on daily bases with no rest?

Have you ever considered that she had not been paid her salary for two years where her father might be homeless her mother might be dead or her whole family might be strayed?

Or was forbidden from practicing her religion, tradition and culture?

Or had worked in three houses at one time ?

Never been given food to eat more than once a day?

Slept on the naked floor in the balcony?

Aren’t all of these enough reasons to commit suicide?

Haven’t they killed her when they did all of this to her?

Does the Lebanese investigator need Sherlock Holmes to help him in finding the obvious?

Hasn’t your indifference killed when you saw what happened to her and stood still as if nothing had happened?

My grandmother had always told me: “those who are silent when there’s injustice are mute devils.”

Alim Deseisa today is the victim of your mute devils.

When will you decide that you will stop being accomplices?
If you don’t get angry now, when will you be ?