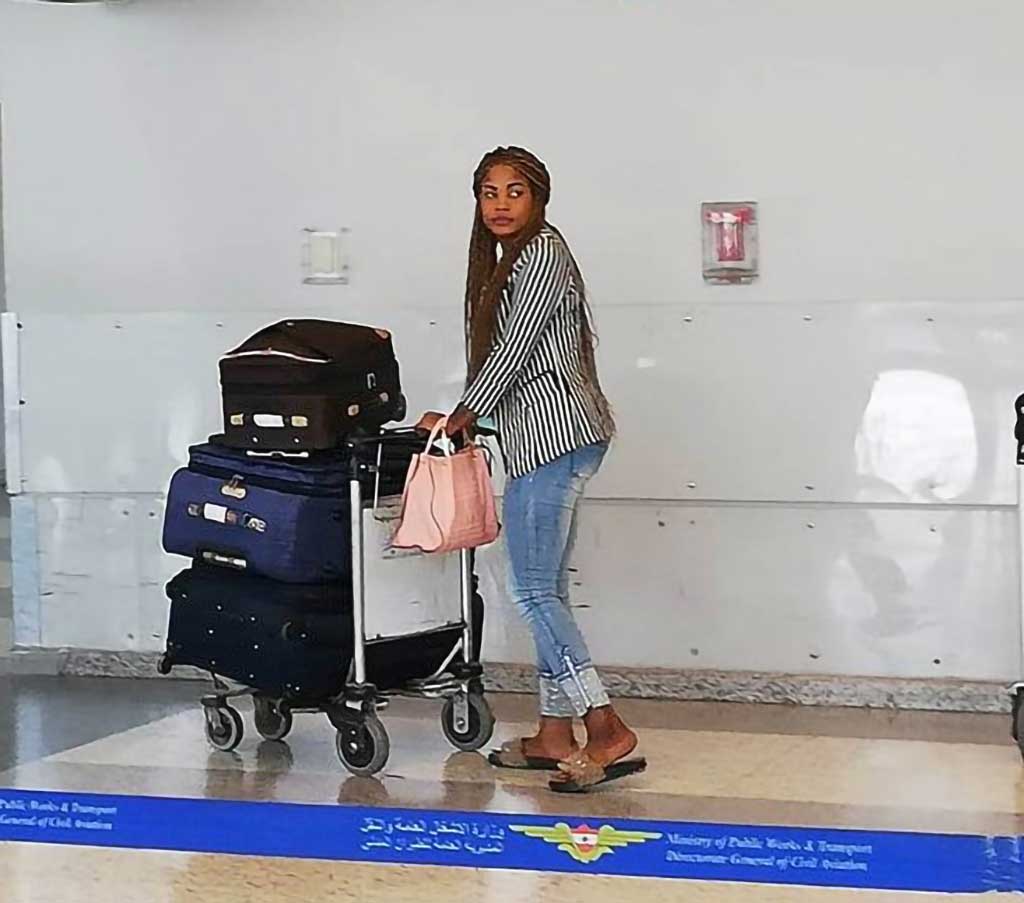 Shamila, one of the two Kenyan women migrant workers violently assaulted in Bourj Hammoud on June 17, was deported on Sunday, July 15, at 6:30 pm. General Security and Shamila’s sponsor proceeded with the deportation, even though the initial deportation order was ostensibly revoked after media pressure and despite Shamila’s ongoing trial in military court. Instead of getting access to justice as the target of a brutal mob assault, Shamila was criminalized for her status as an undocumented worker. If you’re new to this story, you can see the initial video of the assault here, and previous ARM statements here and here.

Shamila’s experience of racist, sexist, classist assault is definitely not an isolated, nor a singular, account of unprovoked violence against a black migrant woman in Lebanon. We have heard numerous spoken narratives from other migrant women regarding assaults they have faced inside and outside of Bourj Hammoud. In fact, just a few days after the assault on Shamila and her friend, another black African woman was attacked and beaten by a man on that very same street. The only difference between these incidents is that Shamila’s attack was videotaped and shared widely, while other experiences of violence are undocumented and normalized.

Shamila and her friend stated that when they sought shelter from the beatings in nearby shops, they were called prostitutes and thrown back outside to face the wrath of an angry mob. But angry for what reason? Why did random pedestrians passing by join in to physically assault women they’d never met before? What is so offensive about two black working class women walking in a neighborhood in broad daylight? Were they too comfortable in their walk? Not afraid enough? Did their mannerisms upset “the public”? Were they not “appropriately” dressed?

The dehumanization and harassment of migrant women

When cis and trans women, whether refugee, migrant, or Lebanese, occupy a public space or walk in the streets of Lebanon, they are often harassed or solicited for sex by men. This happens at all hours of the day, regardless of what women are wearing, although skin-revealing clothing is unjustly seen as an invitation. The protection of women from this type of harassment and violence is not a state priority, interest, or practice. The scope of protection is thus limited to the attacker fearing potential reprisals should  the woman appear to be “from money” or from a “respectable family.” Thus, knowing that migrants and refugees regularly face state violence through arbitrary arrest, incarceration, and deportation, attackers already know that the state and the judicial system are no hindrance and are in fact an active partner in the marginalization of migrants and migrant women in particular.

Even when migrant women may technically have the legal right to file a complaint or go to the police, they can rarely do this in reality. The judicial system remains largely inaccessible due to cost, time, bureaucracy, police violence, racist attitudes, and the kafala system’s restrictions on workers’ freedom of movement and access to resources.

We assert therefore that both locally and globally, black women’s bodies, and particularly poor and working-class women, are interpreted by racism and misogyny as obscene, savage, aggressive, vulgar, and hypersexual. This dehumanization leads directly to further exploitation and violence. Moreover, we assert that migrant women, of either “legal” or “illegal” residency status in Lebanon, face a multitude of economic, judicial, verbal, physical, and sexual violence and harassment in public spaces, as well as in their workplace which is also their home, due to the unjust kafala system that is upheld by the state.

The kafala system contributes to dehumanizing Shamila and 300,000 other women in her situation in Lebanon. It denies them their most basic human rights, including that of defending themselves against arbitrary arrest and detention and it criminalizes them in the face of abuse from employers or even just men in the street. A worker is almost always wrong; her sponsor is always right. As can be seen in the video, such men can easily take on the righteous stance of a law-abiding citizen “dealing with” wrongdoers. Two Lebanese people were arrested and charged as participants in a “fight,” not as perpetrators of an assault. This begs the question: Where is the accountability for the rest of the people who joined the beatings, who refused to help, who look the other way as they do when such assaults happen every day?

Regardless of what Shamila was wearing, how she was walking, what she said, or if her papers were in order or not, she had a right to stay in Lebanon, at least until her trial was over. We had hoped she could use this time to negotiate a release from her previous sponsor whom she left after renewing the contract but not receiving the promised raise from $200 to $250 a month. This release would have enabled a new employer to sponsor her and allow her to stay and work legally in Lebanon. But, Shamila’s former sponsor asked for $2500-3000 to do the release, used intimidation tactics, and then ultimately refused to do the release and instead bought her plane ticket back to Kenya. The kafala system gives this power to employers; in Shamila’s case, it caused her further violence and resulted in her deportation.

Shamila was deported without any money or even her phone, which was stolen from her during the attack. She had no money to even take a taxi from the airport in Nairobi to her hometown hours away from the capital city. This is the case with most migrant deportees who are taken from General Security’s notorious detention center directly to the airport without being permitted to gather their possessions prior to leaving the country.

Weeks of work by lawyers and activists, attention from local and international media, appeals to the UN, and most importantly the efforts of Shamila herself couldn’t stop her deportation and provide her with access to justice — because a broken, oppressive system takes precedence over basic human rights. We demand that the directorate of the General Security be held accountable by the supervising ministry for their arbitrary and unjust rulings in deporting Shamila, as well as not retracting their decision despite the ongoing trial.