More than 100 migrant workers of different nationalities have been abandoned by their employers or showed up at their consulate since the beginning of June 2020. The majority of these workers are Ethiopian due to the size of the Ethiopian community in Lebanon. The Ethiopian consulate failed to intervene and closed its doors to its own citizens.

Migrant workers of all nationalities are facing the same crisis. Prompt and decisive action is needed from the Lebanese government and governments of countries of origin. The Anti-Racism Movement and other organizations have been calling on consulates and embassies to devise a plan for evacuation of migrant workers since December 2019. Little has been done since.

We demand the prosecution of employers who abandon domestic workers,adequate compensation for the workers, and the immediate evacuation of workers who wish to leave Lebanon. 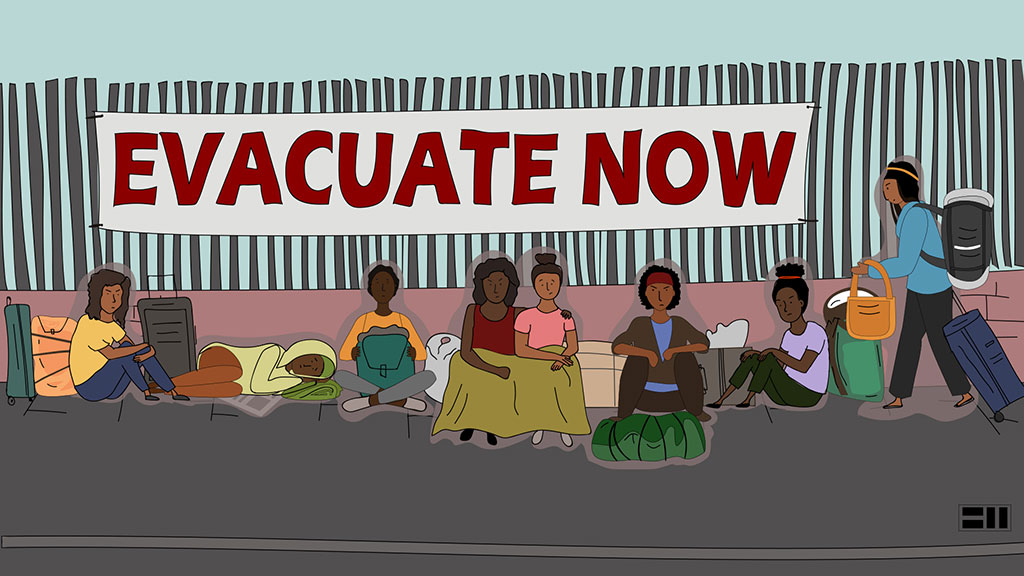 Providing shelter for a few women and for a few days only does not solve the problem and certainly does not bring them justice. The ministry also announced that employers who abandon workers would be blacklisted, which means they would be prevented from recruiting domestic workers in the future. This measure is purely symbolic and performative as these employers are not seeking to hire other workers at the moment and if they did, they would still be able to do that through another person in the same household.

If the ministry fails to push for the prosecution of employers who discard domestic workers, the number of stranded migrant workers with no food, no home, no cash, and no compensation for months or years of labor will undoubtedly continue to increase.

The cost of repatriation is admittedly steep for some employers. However, employers are under legal obligation to pay the worker for every day of her labor and to pay for her ticket back home, regardless of their own financial circumstances. Whatever burden placed on employers by the economic crisis is not legally transferable to the worker or any other party.

Employers have long profited from the kafala system, exploiting migrant workers for their labor, time, and freedom, while paying them less than 20% of the country’s minimum wage. They should not be absolved of the responsibility of covering their dues, and in full.

We call on the Ministry of Labor to

We call on consulates and embassies to

On Wednesday 4 June, 2020, 35 Ethiopian workers found themselves at the door of their consulate in Lebanon with nowhere else to go. Migrant community groups reported that over 70 women have been abandoned by their employers even before June. The majority of them are domestic workers with valid contracts. A few are freelancers who lost their jobs and their homes as a result of the economic crisis. Their main demand is to go back to Ethiopia but a multitude of obstacles stand in their way.

The Ministry of Labor, in coordination with the Cabinet and the Ministry of Tourism, arranged for their transportation to the Charles Hotel for one night, did not pay the second night, and then they were transferred to Caritas. Inevitably, the following day, another group of 28 women were left at the consulate door and were taken by volunteers to the same hotel where their stay was covered for 4 nights out of the pockets of individual sympathizers. In the days following, another 50+ women also were abandoned at or fled to the consulate, prompting Ethiopian community groups to rent small, low-cost apartments to serve as a temporary place for the women to stay – again, with no support from the consulate or Ministry.

This approach is not sustainable. More women are going to the consulate every day, some with a misguided impression that this is their ticket home. More employers are abandoning their workers. Prompt and decisive action is needed from the Lebanese government and governments of countries of origin.