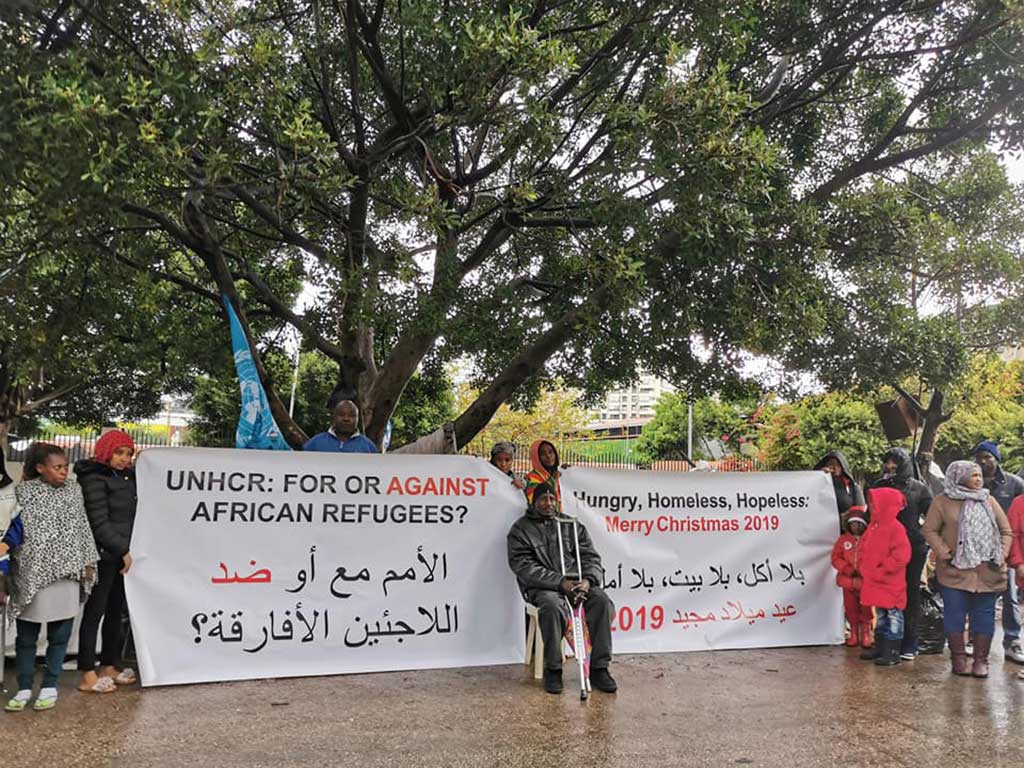 ARM sent an open letter to UN High Commissioner for Refugees Mr. Filippo Grandi & UNHCR Representative in Lebanon Ms. Mireille Girard, to take concrete measures to meet the demands of Sudanese and other African refugees and asylum seekers who have been protesting against UNHCR’s neglect of their files for over nine years.

It is with great concern that Anti-Racism Movement received the news of the detention of nine Sudanese refugees and asylum seekers who have been holding peaceful sit-ins for several months in front of UNHCR headquarters, on Thursday, December 3rd, 2019.

Despite our best efforts to turn UNHCR’s attention to the plight of the Sudanese community in Lebanon through meetings with UNHCR representatives over the course of the past three years, UNHCR has repeatedly failed to take concrete action to meet the community’s demands and collective needs.

Worse still, we have collected several testimonies revealing unacceptable behavior of UNHCR staff towards Sudanese and other African refugees and asylum seekers. UNHCR staff have called the police to stop the sit-ins on several occasions, which resulted in a number of arrests over the years. Arrests of asylum seekers and refugees can result in their deportation.

UNHCR security guards have resorted to violence to force the group out of their sit-in site. Refugees report that UNHCR staff have issued ultimatums to protestors, telling them they would not open or accelerate their files unless they stopped taking part in the protests. Alarmingly, five protestors, some in family units, also reported that their monthly UNHCR cash assistance was stopped due to their participation in the protests.

You will find attached a press release we issued in reaction to these practices, detailing accounts of the abovementioned violations, and more.

We call on UNHCR Lebanon to take immediate action to rectify its history of negligence towards Sudanese and African asylum seekers and refugees in Lebanon and respect its mandate to protect all refugees and asylum seekers, starting with the implementation of the following measures:

We call on the UN High Commissioner for Refugees, Mr. Filippo Grandi, to increase oversight on the Lebanon office and facilitate the resettlement of recognized refugees, starting with the implementation of the following measures:

This open letter comes after years of inaction on your part. We sincerely hope to see a prompt and written response, detailing how you intend to address the community’s grievances against UNHCR and their demands.